Did You Hear That? It's Cell Phone Courtesy Month

It hasn't received much publicity, so it may surprise you to know that July is Cell Phone Courtesy Month. We're halfway through without many people noticing.

But why do we need to be reminded about being polite and considerate when we use our phones? Because, it seems, we humans have become experts at annoying or endangering others when we use them.

Let's just think of a few ways that can happen.

Get the picture? Add to that, they're conversation killers. How often do you see gatherings of people, in restaurants and airport lounges for example, all staring at their phone screens, isolating themselves from others?

It's been 46 years since the first mobile phone call was made and around 35 years since the first public services were introduced. In that time, cell phones have become ubiquitous – nearly everyone has one. It's a rare right to spot someone who doesn't have a phone in their pocket, on their belt, in their hands or purse.

Yet, it seems, many of us haven't learned enough about using them politely, requiring a whole month to be devoted to putting us right!

That was the thinking of Jacqueline Whitmore, author of the book Business Class: Etiquette Essentials for Success at Work, back in 2002, when she founded Cell Phone Courtesy Month.

Later, she told HuffPost.com contributor Karen Leland (https://tinyurl.com/Leland-blog): "Wireless phones and other electronic devices have become so important to keeping people in touch with information they want and need. It's important to educate people about the proper way to use these devices so that they're still in touch, but not annoying those around them."

Here are 10 tips from Whitmore and others on considerate cell phone use:

Let's not overlook one other important aspect of phone misuse. It's not so much about a courtesy, more of a life-saver.

We break the law by using hand-held phones in our cars to make calls or text messages. It's been illegal in Maryland, folks, since 2013 (and since 2011 for texting). Yet, a survey earlier this year found that 80% of drivers in the Baltimore admit to still using them while driving. And it's the same in most parts of the US.

Please don't drive and talk or text. Even hands-free calling has been shown to be unsafe.

Also remember, on the other hand, that cell phones have made a huge positive difference to some people's lives – helping our kids stay in touch with us, enabling people to be rescued, keeping in touch with others during natural disasters, and simply summoning help by being able to call 911 on the spot.

Are you one of the people who are guilty of discourteous phone use, or otherwise breaking the rules? Probably all of us have offended at some time. 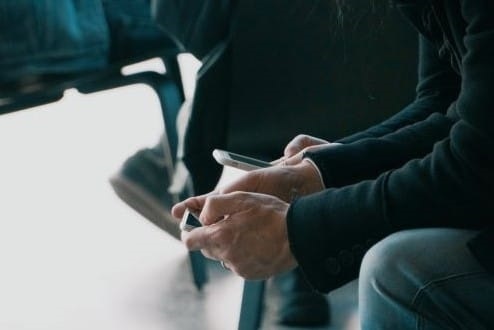 Used correctly and courteously, cell phones have an important role to play in our society, our communications and our culture. And they're here to stay – at least until we can transfer our thoughts to each other without speaking!

Let's give cell phone good manners our best shot – not just in July but throughout the year.

By the way… Did you know you can get cell phone insurance? Your homeowners or renters policy will likely cover damage or theft but there's usually a hefty deductible. It also doesn't protect you if you simply lose the phone – all too common these days. If you'd like to know more on this, please get in touch with the friendly professionals at Kirby Insurance.